← more from
Earshift Music
Get fresh music recommendations delivered to your inbox every Friday. 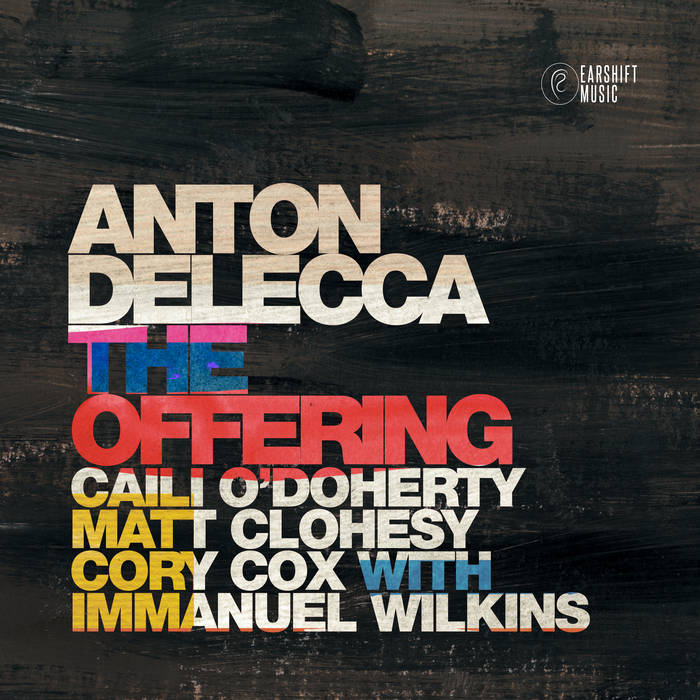 Melbourne based saxophonist-composer Anton Delecca makes his Earshift Music debut with The Offering, an emotional yet powerful dedication to the passing of his parents. Recorded in New York City, the album features pianist Caili O’Doherty, drummer Cory Cox, special guest Blue Note artist, alto saxophonist Immanuel Wilkins, alongside Melbourne expat bassist Matt Clohesy. The album bursts with power, groove and passion, paying homage to the memory of his parents who were major supporters of his life in music.

The Offering is the sister album to his award-winning 2013 release The Healer and represents the artistic culmination of living in NYC from 2017-19. Recorded over two freezing days in Brooklyn in December 2019, the album consists of seven original compositions from Delecca along with Barbara by the great Horace Silver, and Skylark, the Hoagy Carmichael classic ballad. “This album represents the spiritual connection and meaning that New York holds for me,” explains Delecca, “much of the music that I have connected to in my life has been made there.” He felt that his musical growth in Melbourne had stagnated. “This album represents the breaking free of some stagnation I was feeling. Living in NY was like coming into the daylight and this recording is the musical representation of that.”

The band consists of some of the best young musicians that New York has to offer. Matt Clohesy played on Anton’s first album released in 2001 and was a fixture in his band for several years. Caili O’Doherty and Delecca undertook their masters together during which time Anton met and played with her husband, drummer Cory Cox. Anton heard Immanuel Wilkins play during a masters recital of a friend at the Juilliard School. Blown away by his playing, and in particular his level of maturity, he asked him to be a part of this recording. “Recording this album was like hanging out with friends whilst making music for two days!” explains Delecca.

This album is the culmination of several years of writing and playing. Some of the material had already been played extensively in Melbourne by his quartet. There’s also a personal element to the album, as Delecca explains, “it is dedicated to the recent passing of both of my parents Marg and Bill. It is in a sense a gift to them both, as they had been major supporters of my life in music from the start.”

Anton Delecca has undergone some personal challenges over the years and music has always been a counterbalance to these. The creation and performing of music is a necessary, life-giving process for Delecca. His sister, who was a musician, studying at the Melbourne Conservatorium of Music, passed away when he was a child. He was diagnosed with bi-polar disorder in his early 20s which has required ongoing treatment. Through the years he has encountered other challenges including, addiction, the passing of his parents and recently a major operation for bowel cancer.

Anton Delecca has performed with many local and international greats and appeared with his band at the Melbourne International Jazz Festival and the Wangaratta Festival of Jazz among many others. He was also a member of Melbourne funk outfit The Bamboos for 13 years which involved extensive touring and recording commitments.

“The strongest piece for me is the title track, ‘The Healer’……..It is lovely, transporting, spiritual, and has exactly nothing to do with the way much of jazz is played today. Which makes it a truly unique musical experience, beyond genre, as much great music is”
John Hardaker, australianjazz.net

Anton Delecca is a saxophonist and composer from Melbourne, Australia. He has led his own bands for over 25 years and has four albums out on Jazzhead Records.

Bandcamp Daily  your guide to the world of Bandcamp